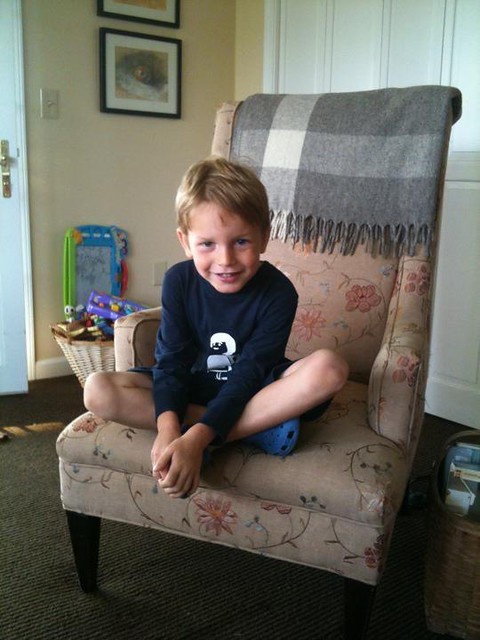 This past Saturday, that adorable little boy turned 12. Twelve! There’s such a strange tangle of emotions as he grows, because I could just weep buckets of tears with sadness of the precious days I’ll never have again with a sweet first baby and a sparkly-eyed toddler and a helpful 5yo and every other day of this always-by-my-side firstborn’s life. And I most certainly would weep those buckets if I wasn’t so busy being filled with delight over the young man he is today, and how much enjoyment there is as his life unfolds. 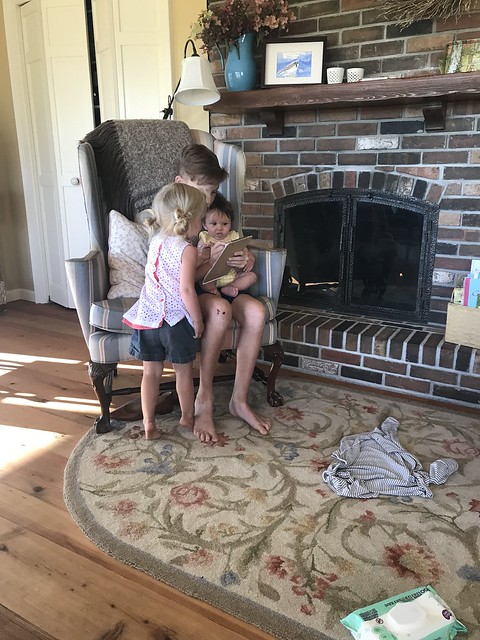 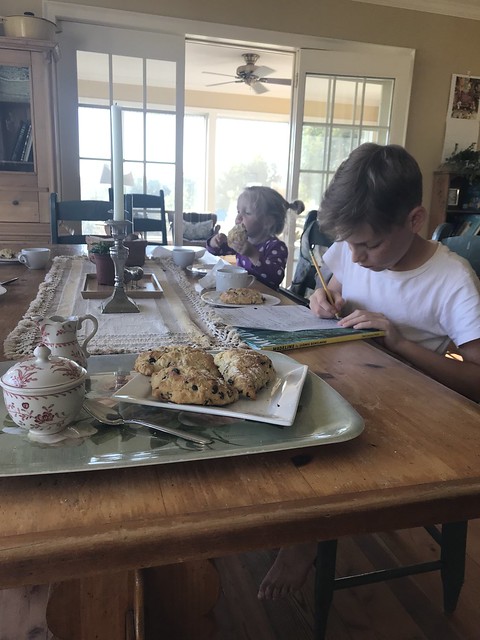 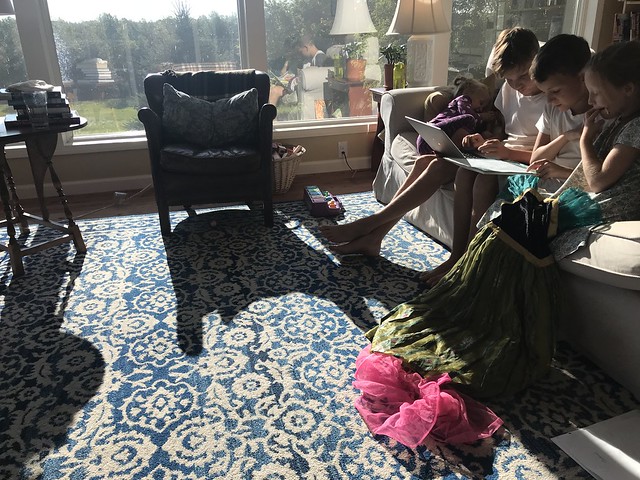 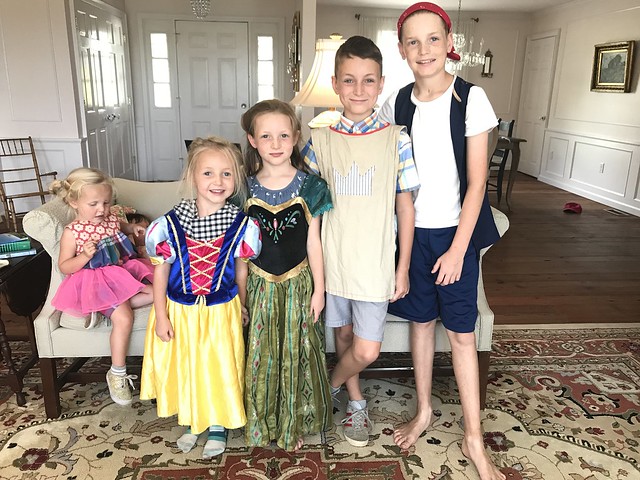 He spent the morning of his twelfth birthday completely engrossed in writing and presenting a play with his siblings. This isn’t an everyday occurrence; most of his ideas these days have less pretend and fewer sisters involved. To say, then, that the younger set was in heaven would be an understatement. He couldn’t have planned a more special morning for them if he’d tried. What a blessing of a big brother! 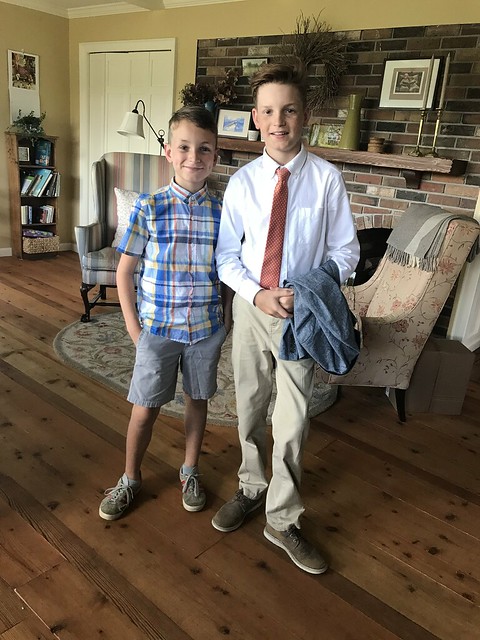 Then an afternoon of playing some video games with William and two friends (oh, the hard decision of two friends! Whose idea was it to limit the birthdays in such a way? Oh yes, mine…) Ryan brought them into town for a couple of hours, and then we girls joined, carrying bags of gifts and picnic baskets of food and dishes, and of course, a chocolate cake! We closed the coffee shop a bit early and took it over: “Closed for a Private Party” — yup, that was us! Bagels and soda for the kids, salad and water for the grown ups. Gifts — such kind and thoughtful gifts those two friends gave! Again, the joy of watching young boys grow into thoughtful young men! — and voiced appreciation. Cake and milk. 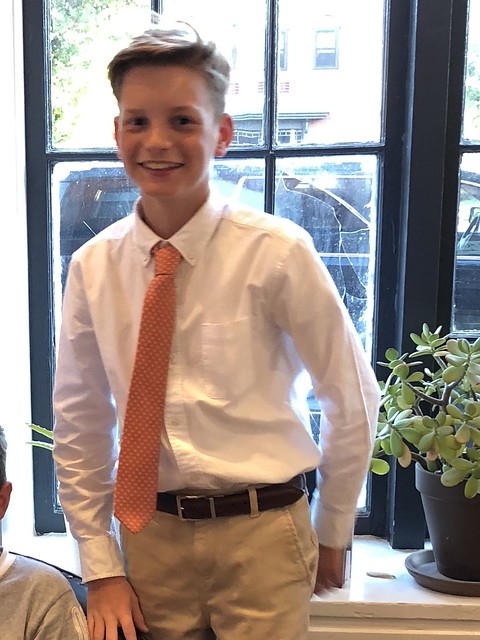 And while it’s still just a warm-up to those [regularly regarded as infamous but difficult doesn’t need to mean bad] teen years, in our church and social circles, twelve is a pretty big milestone. Two days later, he scrambled through his dinner clean up and put on clean clothes and got himself ready for a first in our family: youth group at church. Ryan and I were one big jumble of emotion — in disbelief that we’re already here and wanting to put him back in kindergarten just one more time, and full of so much expectation for how God will meet him in these coming days.

So he joined this tribe of young men and women, and launched into a new season of life.

And in so doing, launched me, too. Here I go. Laugh-crying all the way. 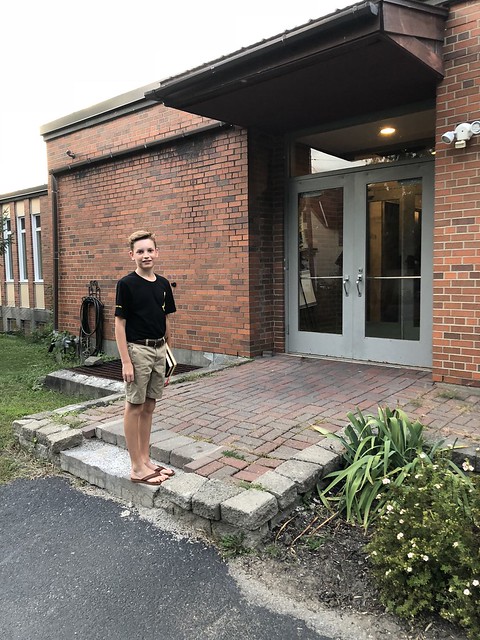 Appropriately, his first night at youth, many of them wore their “Jack’s Army” t-shirts, a visible representation of their spiritual support of my nephew, Jackson Paladin. This morning, as the sun rose, so did my prayers for the nephew I love so dearly. Today that port he had installed on Monday will carry the first doses of chemotherapy to his body. This is hard for me to think about. This whole procedure of a bone marrow transplant has made me feel as I do when I’m boarding an airplane and everything in me is screaming to turn around and run from that little tiny plane that will bring feelings of claustrophobia. But there is nothing for it but to press forward, buckle in, and know that the destination is worth the difficulty between. And so this morning dawns with that same sensation of me wanting to bundle us all up and just run the other way — but no. Forward, resolute, and knowing that God is in this place. He will deliver and is delivering, as He stands guard over Jackson’s body every moment and speaks His nearness to His heart with every breath.

Pray for Jack, if you will. There is a great destination of health and strength awaiting him on the other side of this journey. 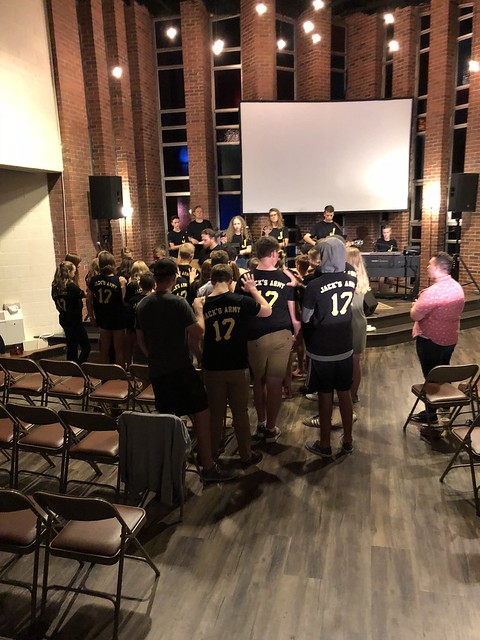