The snow has been epic this year, just the way I remember it as a child. We’ve trudged through snow that easily went above my knees, drifts up to my thighs, mounds in which little girls could easily get lost. Paths, forts, angels, trenches, you name it, it’s happened. Except for snow men. Because up here, in the North where it really actually snows for keeps until the absolute very end of winter, kids don’t just run outside and make snowmen. It’s too cold. The snow is flaky and light and as sparkly as fairy dust — and it packs like fairy dust, too. Once in awhile, the temp will eek its way towards 30, and I say, “Hey, let’s see if we can make a snowman! Or maybe just a snow ball. Or… Hey, wanna make snow angels?”

So, when the snow dumped once again on Sunday, and it was wet and heavy and horrible for shoveling, we finally got to make a snowman! Beatrice sang to him. She asked to marry him. William wouldn’t leave his side. Jameson was on to the next thing. Ha!

I was so glad. Finally. We finally got our snowman. 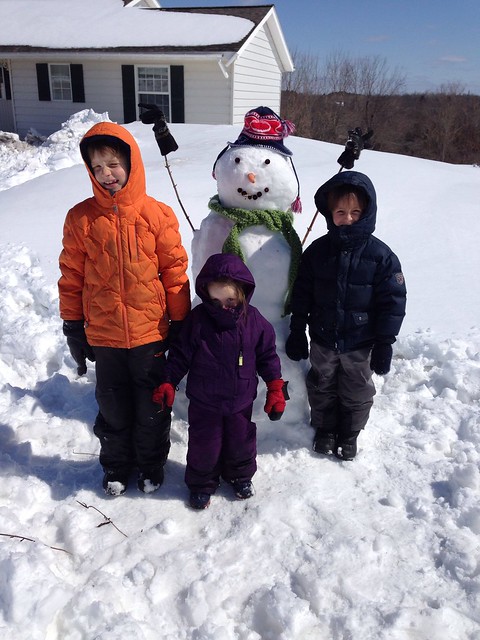 What’s funny about this is that two years ago this week, Jameson was taking the training wheels off his bike and zooming down our yard, wobbling and falling and getting grass stains. Ha! I love the North Country. It’s always beautiful. That’s about all you can be sure of!

The rest of the week has been hovering around 40*. It’s practically summer! The kids get all crazy and wear their winter coats unzipped. You know what? They don’t have a clue that my forsythia bush is buried in a mountain of snow and ice, even though it usually would be budding. And they’re happier for it! Why wouldn’t they be? It’s another day that the Lord made, and it is good. 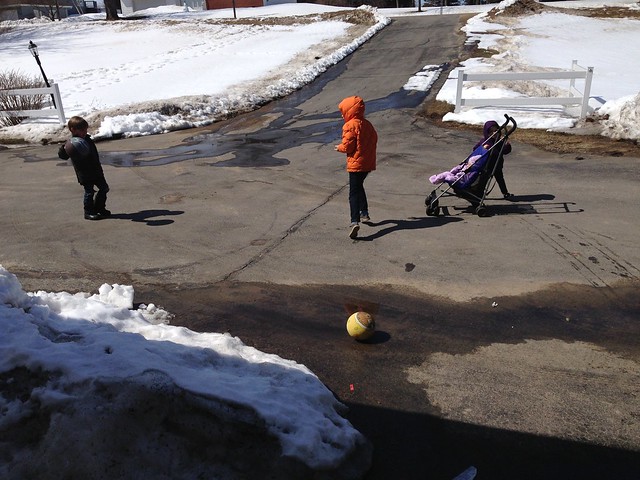 Fiona’s first “I’m hanging out with the kids!” day. She loved it. 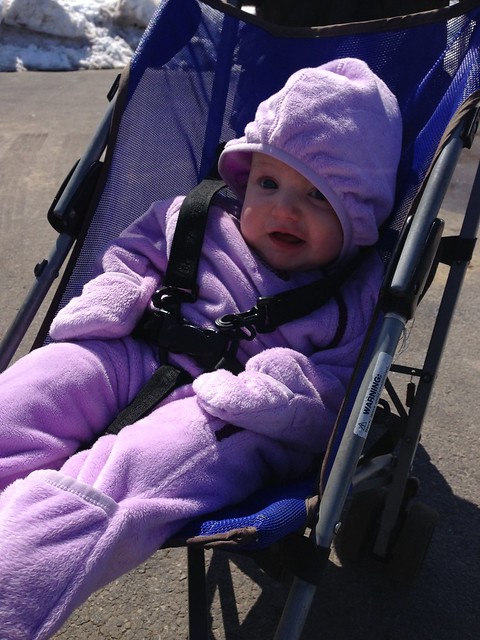 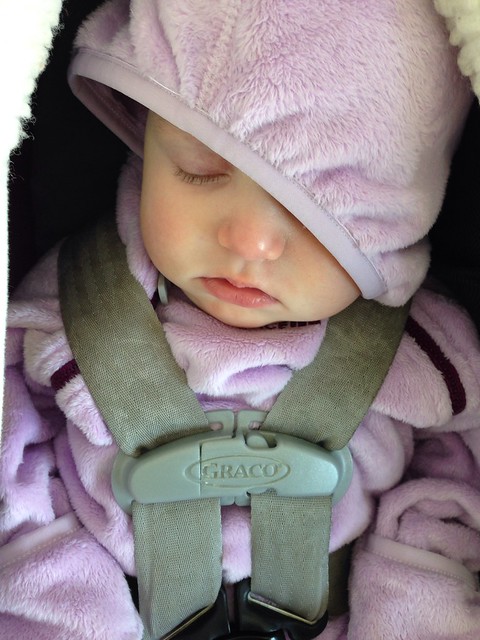